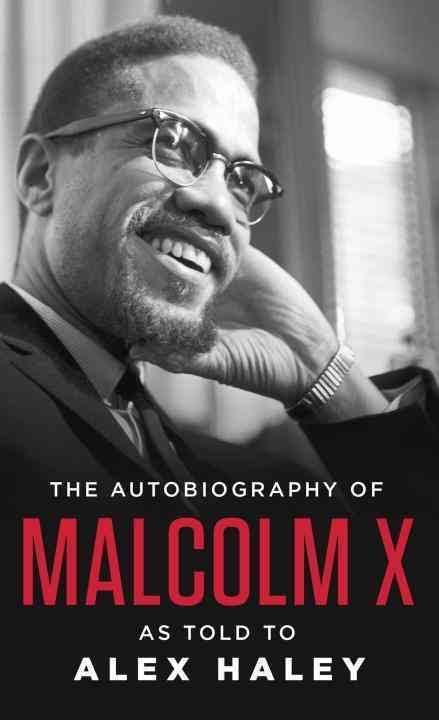 The Autobiography of Malcolm X: As Told to Alex Haley (Paperback) by: Malcolm X (Author), As Told By Alex Haley

With its first great victory in the landmark Supreme Court decision Brown v. Board of Education in 1954, the civil rights movement gained the powerful momentum it needed to sweep forward into its crucial decade, the 1960s. As voices of protest and change rose above the din of history and false promises, one voice sounded more urgently, more passionately, than the rest. Malcolm X—once called the most dangerous man in America—challenged the world to listen and learn the truth as he experienced it. And his enduring message is as relevant today as when he first delivered it.

In the searing pages of this classic autobiography, originally published in 1964, Malcolm X, the Muslim leader, firebrand, and anti-integrationist, tells the extraordinary story of his life and the growth of the Black Muslim movement to veteran writer and journalist Alex Haley . In a unique collaboration, Haley worked with Malcolm X for nearly two years, interviewing, listening to, and understanding the most controversial leader of his time.

Raised in Lansing, Michigan, Malcolm Little journeyed on a road to fame as astonishing as it was unpredictable. Drifting from childhood poverty to petty crime, Malcolm found himself in jail. It was there that he came into contact with the teachings of a little-known Black Muslim leader renamed Elijah Muhammad. The newly renamed Malcolm X devoted himself body and soul to the teachings of Elijah Muhammad and the world of Islam, becoming the Nation’s foremost spokesman. When his conscience forced him to break with Elijah Muhammad, Malcolm founded the Organization of Afro-American Unity to reach African Americans across the country with an inspiring message of pride, power, and self-determination.

The Autobiography of Malcolm X defines American culture and the African American struggle for social and economic equality that has now become a battle for survival. Malcolm’s fascinating perspective on the lies and limitations of the American Dream, and the inherent racism in a society that denies its nonwhite citizens the opportunity to dream, gives extraordinary insight into the most urgent issues of our own time.

The Autobiography of Malcolm X stands as the definitive statement of a movement and a man whose work was never completed but whose message is timeless. It is essential reading for anyone who wants to understand America.

Praise for The Autobiography of Malcolm X

“Malcolm X’s autobiography seemed to offer something different. His repeated acts of self-creation spoke to me; the blunt poetry of his words, his unadorned insistence on respect, promised a new and uncompromising order, martial in its discipline, forged through sheer force of will.”—Barack Obama,Dreams from My Father

“A great book . . . Its dead level honesty, its passion, its exalted purpose, will make it stand as a monument to the most painful truth.”—The Nation

“This book will have a permanent place in the literature of the Afro-American struggle.”—I. F. Stone

Save this product for later